I have this photo of a little girl and she’s already I see. Belated I’ve basically just remove the background already 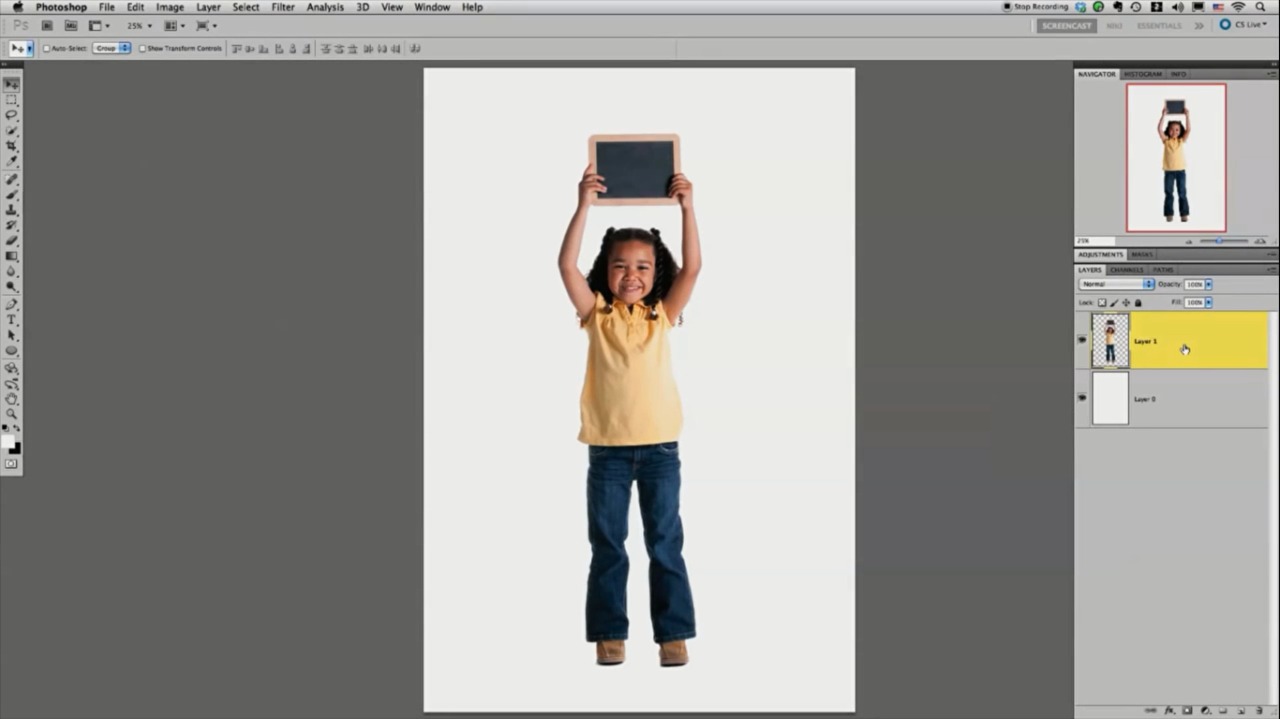 So I’m going to double click off in this Blank Space. Bring up the layer Style. 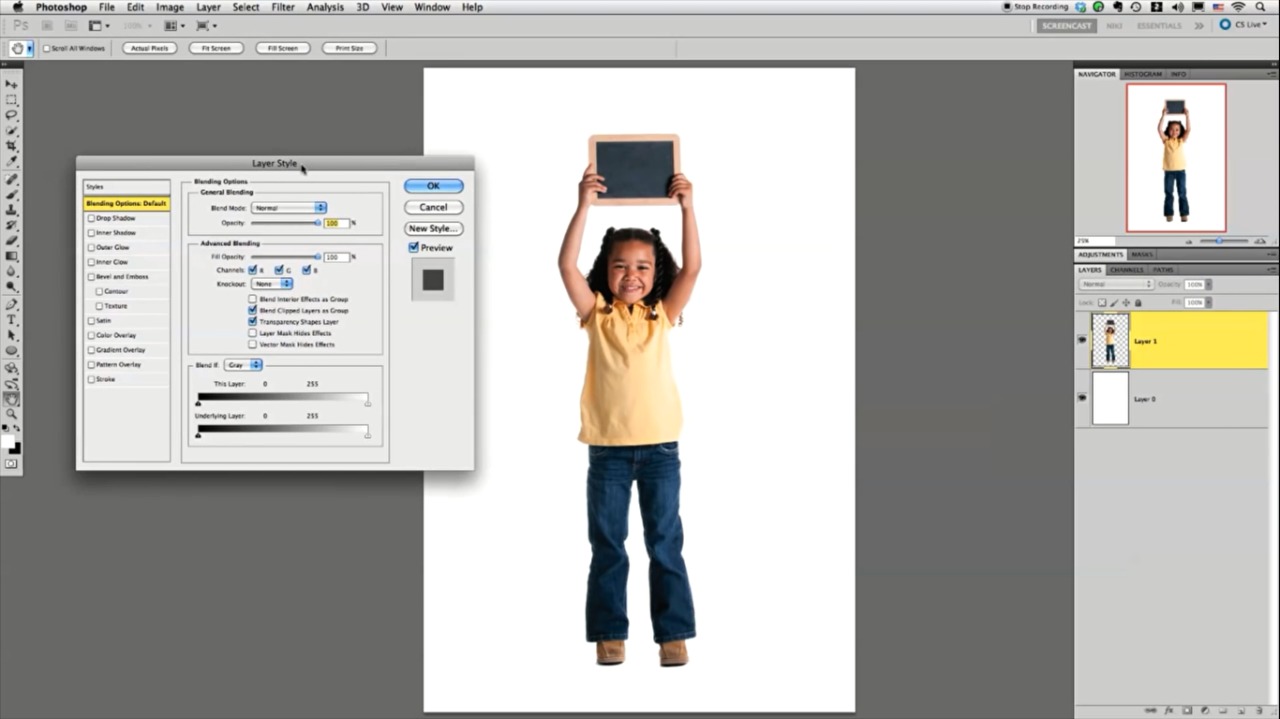 And I just want to start by adding just a normal layer style drop shadow. I’m going to move it off to the right so we can see it a little bit better opacity. It doesn’t really matter. Actually. I like to bring it up to a hundred percent when I Doing this .

And then I’m just going to play with the size to get a nice kind of a fuzz. 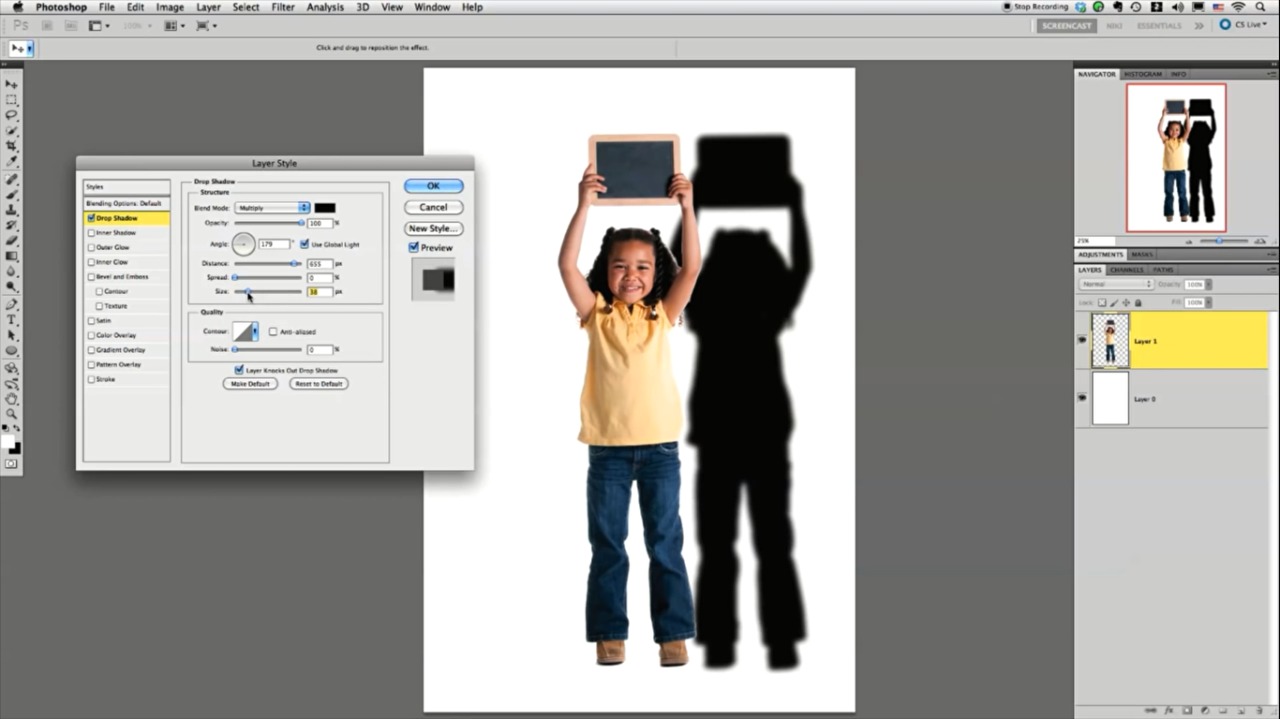 And then just click OK. Alright, the next step is we’re going to go up to layer Style Create layer and just click okay. 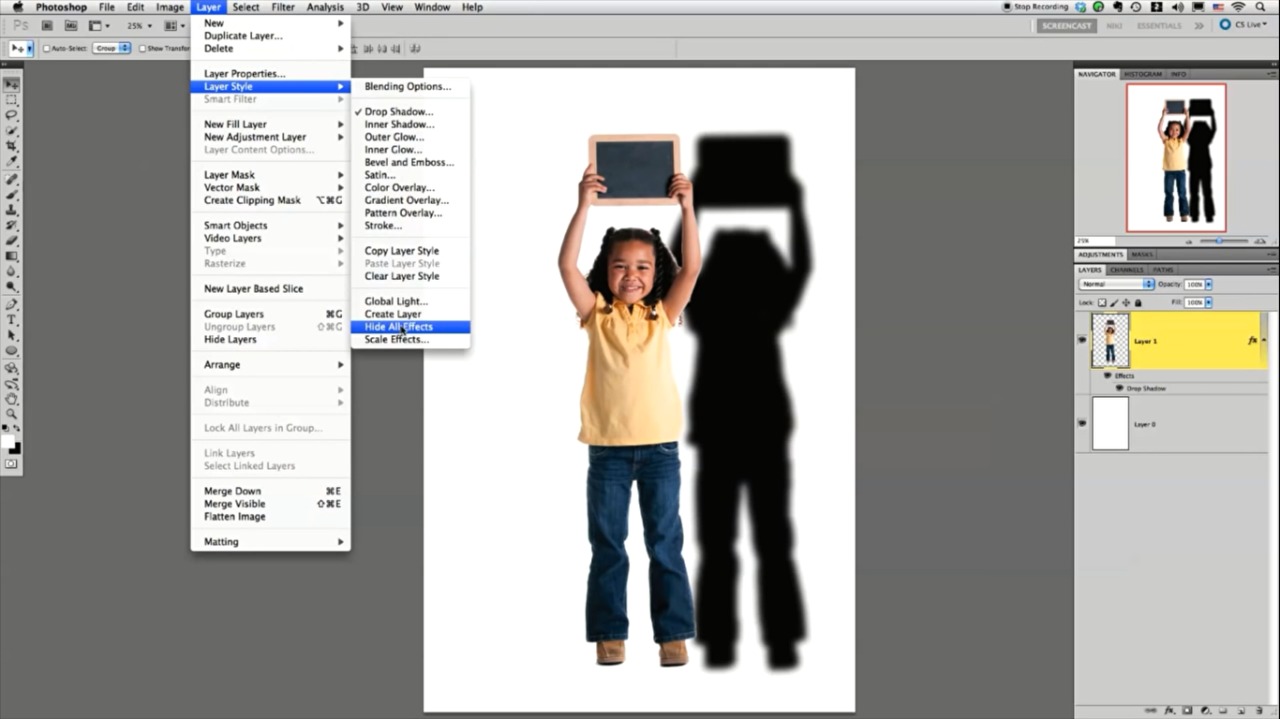 What does basically is it removes the layer style and it adds it on its own separate layer. So then we’ll all we have to do is basically just take this and transform it and move it around to where it actually looks like a realistic drop shadow. So I’m just going to place it right behind her to start going to go to command T to just kind of stuck. 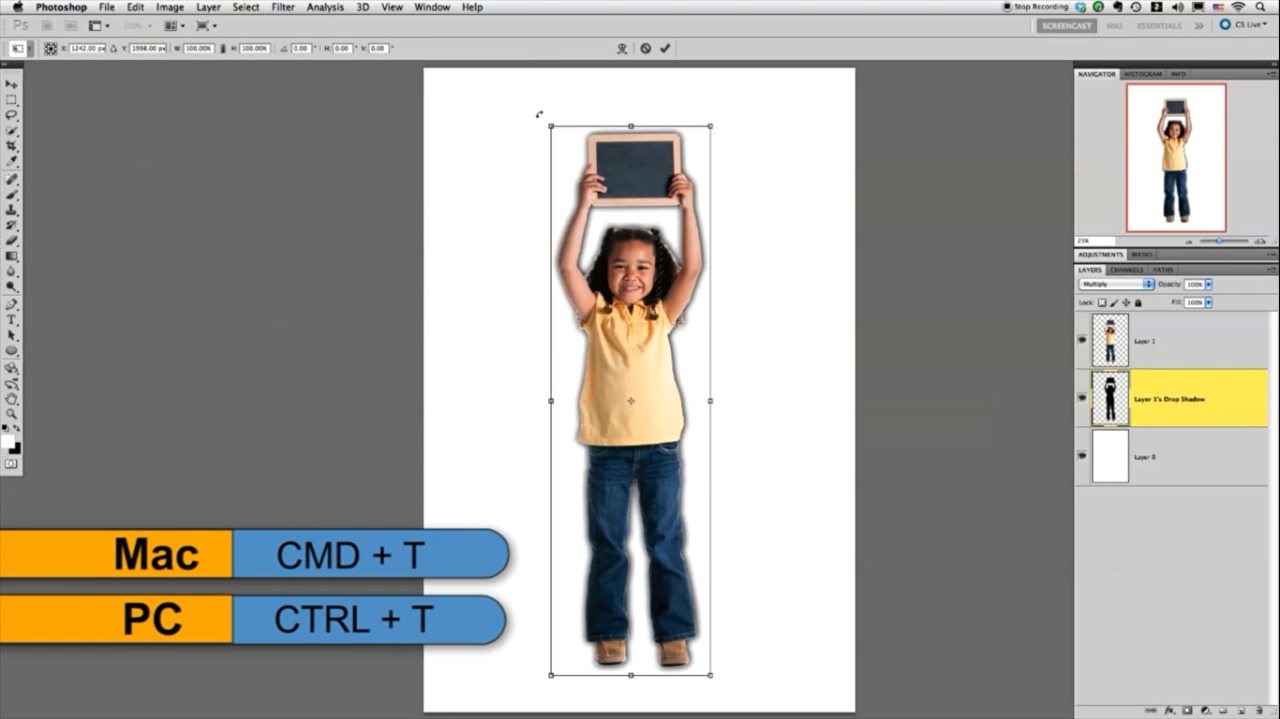 Drag this all the way down to the bottom. And and then I’m just going to start moving the drop shadow around. 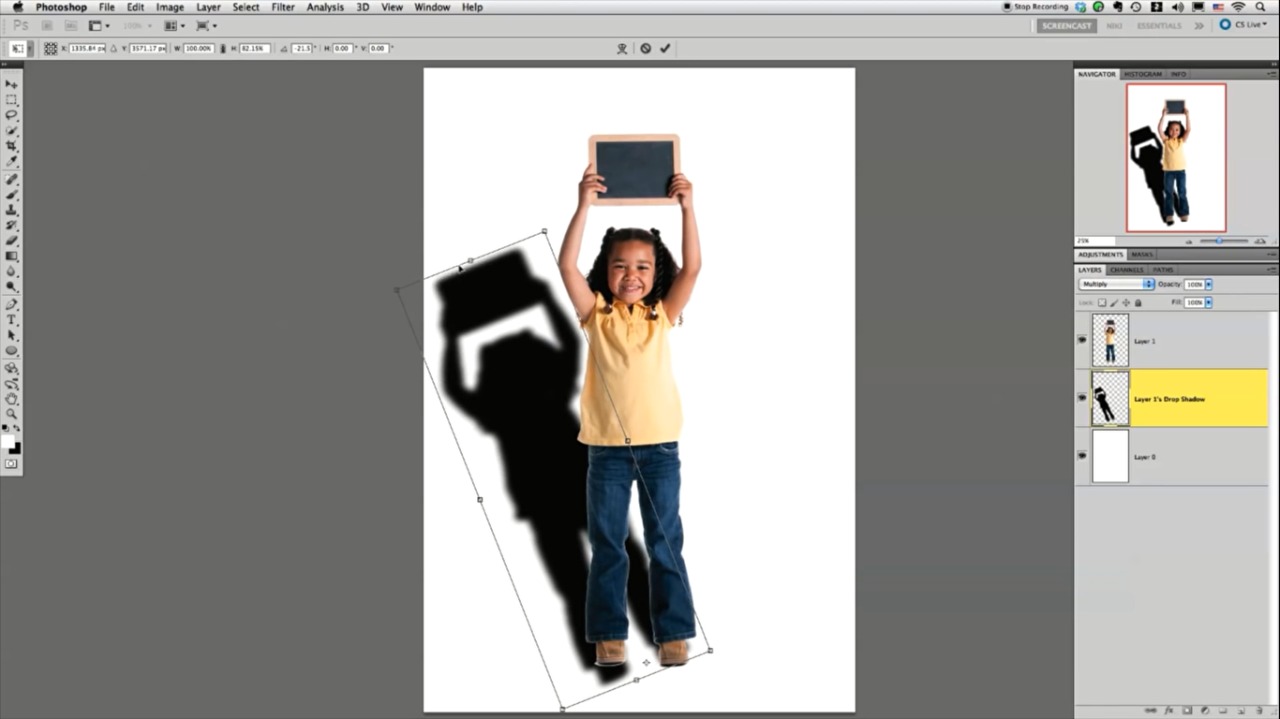 And depending on your picture and what the person looks like where the lights coming from and everything. You’re just going to want to have to you know, tweak this and move it. However, it works for you. There’s little tricks. You can hold the command key down. If you have a Mac think it’s control on a PC you get that little icon and then you can just move little Corners slap them around a little bit. There we go. Now we’re getting a little bit more realistic. So I’m just going to go with that. Click return. I can even go in and mask if I want to take away some of this area by your feet and I can also play with the opacity settings to bring that down which is why I keep it at 100. 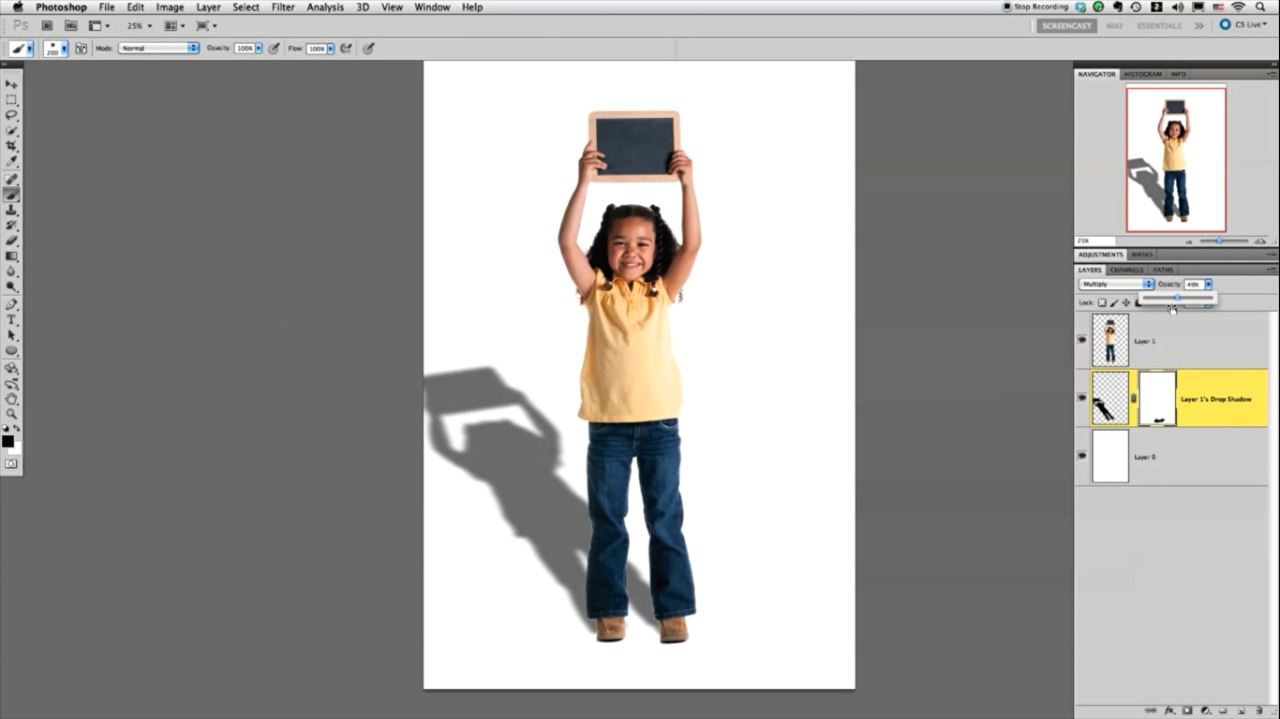 Sent when I’m creating the layer style. So there you go a real quick and easy way to create a realistic drop shadow in Photoshop.