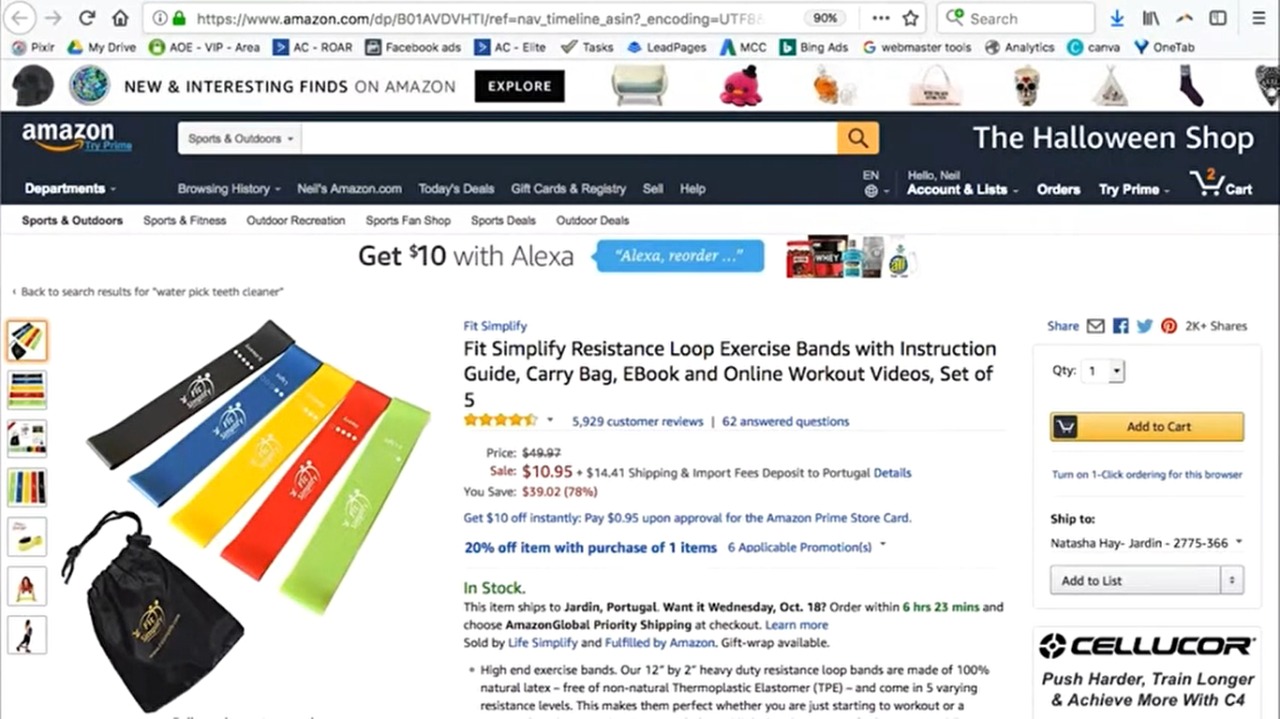 On listing and the reason for this is let’s just go and look at it. I piece of cooking equipment. So we want to type in brownie pan as do that. The reason that this is the most important image Two Doc 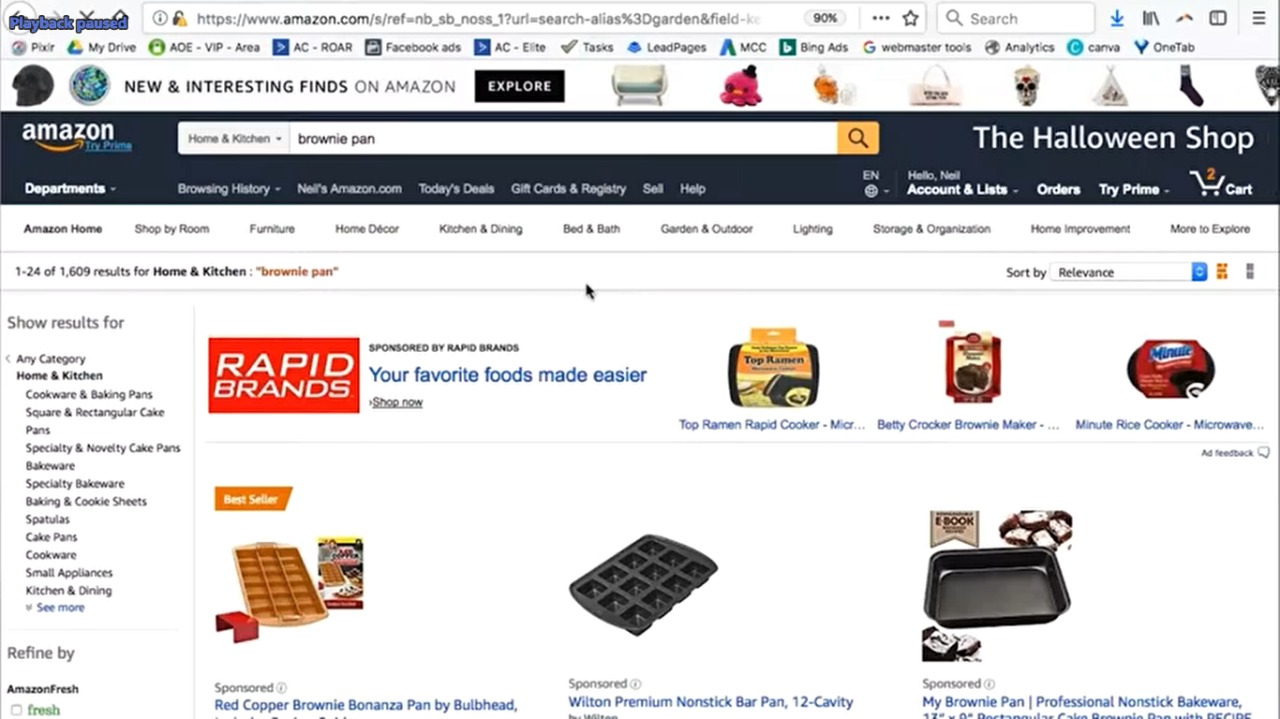 Spoken at length before about the hero images for to be concise. It should have a white background think it should have 75% of the of the overall image should be taken up with your product and you should avoid having Superfluous things like this one Scott what you would consider Superfluous things. You should avoid having Superfluous things in your hero image. However clear Early Amazon has got a very ad hoc approach. I’m just looking for one here on the surface is totally against Amazon’s terms of service. This lady here is although it’s a very clever image.

This lady here for image and these three images here are all against Amazon’s terms of service. However, Amazon applies those terms of services in a very ad hoc way, but my advice to you would be do not dick around with your hero image make it compliant and that way your website your web listing will have longevity and won’t get taken down. All right. Well if you are bundling Something and you say includes recipe guide then that is part and parcel of your listing a part and parcel of your of your product is the fact that you’re getting two things together. And so that makes it a okay and indeed you would want to say includes recipe guide because that’s a very big selling point for you. So definitely do that. So anybody thinking about bundling something definitely do it. That’s a great idea. Idea, you can definitely use it in your hero image, but just flag it in your title so that it forms part and parcel of your overall listing. All right, so that’s the first thing so that’s image. Number one your hero image. Let’s go to image number 2 and here we can say that the product it’s showing the product in use now. This is a protein powder the guys that like to get bulky a muscly. 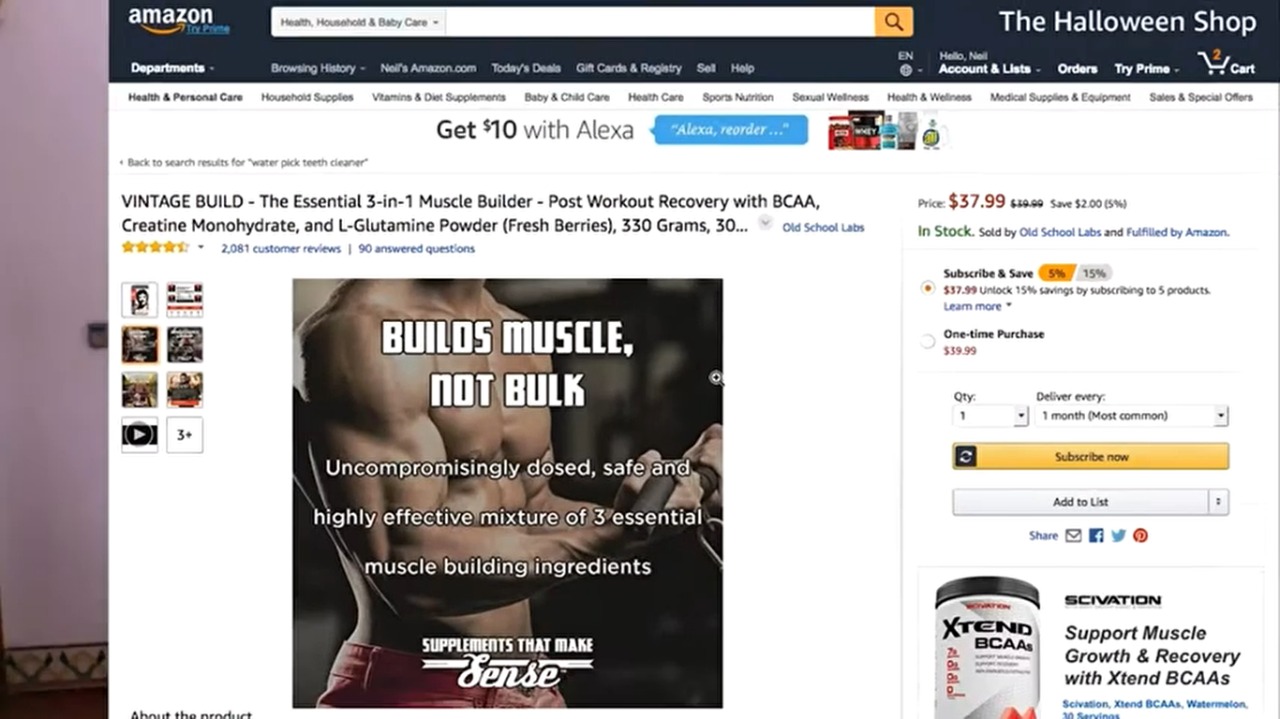 There are different ways to do that. Let’s see if we can find so here’s a good one. So there’s a big difference between who uses your product. Five 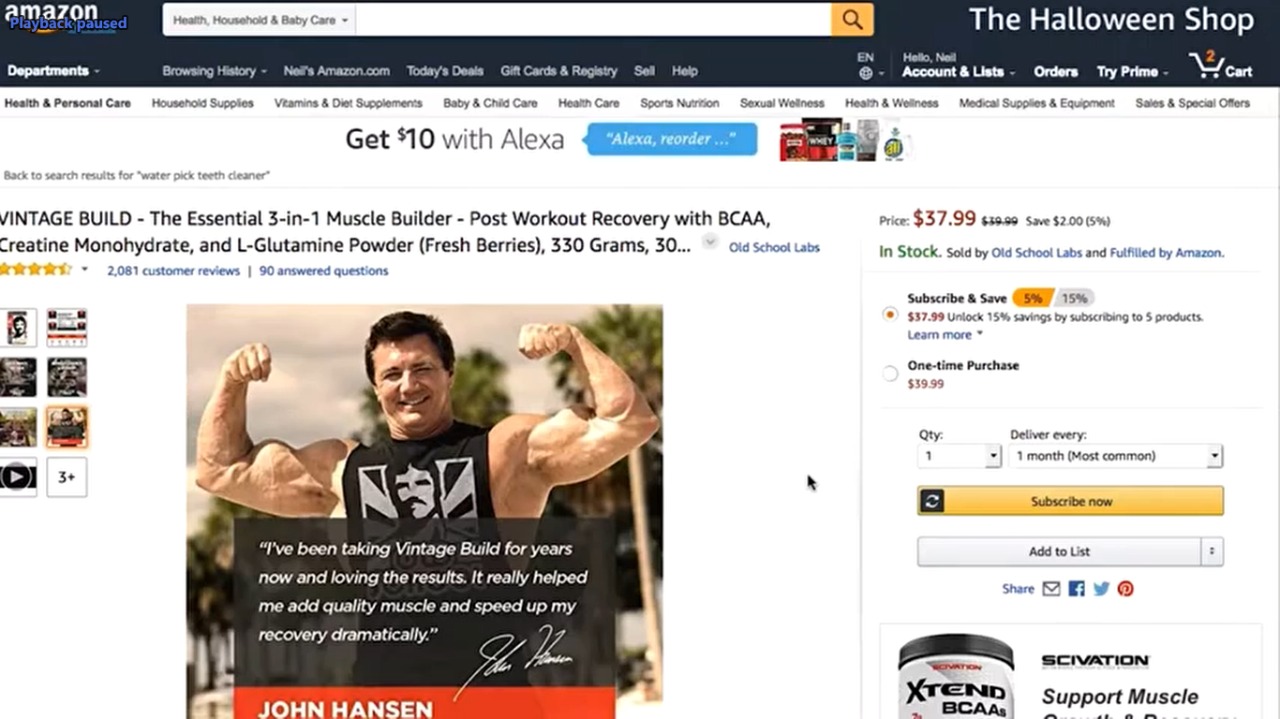 You want to make sure that your product is being used by your target market? So that is the person specific person who you’ve aimed your product at and you don’t want to try and sell your product to everybody do not do that. That’s a recipe for disaster aim it at a specific sort of person so it could be guys over 50 what want to look good or get laid in this case or it could be young? Least we have kids that are going camping or it could be working mothers who helped. I’m poor for instance. It could be any one of those different things. But once you know who you’re aiming your product out and all of your images should reflect that they should reflect the person you’re trying to sell to so at the very least the product in use image. This one for instance should show the product being used by your target market. All right, that’s a very that’s the lowest level a product in use the second level and the preferred level is product being used by somebody in your Marketplace who your customer looks up to and admires. So this is an example of that John Hanson former. Mr.

Well, it’s extremely likely that the people who are buying this product look up to and admire John Hanson. And therefore he is the perfect person to show the product in use. I have here waist trainer corset and for a long long time, you could buy you can’t buy anymore. Unfortunately, the Kardashians got it taken down, but for a long time you could get a Kardashian. He’s trainer corset and it was one of the very first products that the Kardashians sound a licensing deal for it and they got the deal that an absolute bargain and and I think they signed up for a 5-year licensing deal something like that. Six 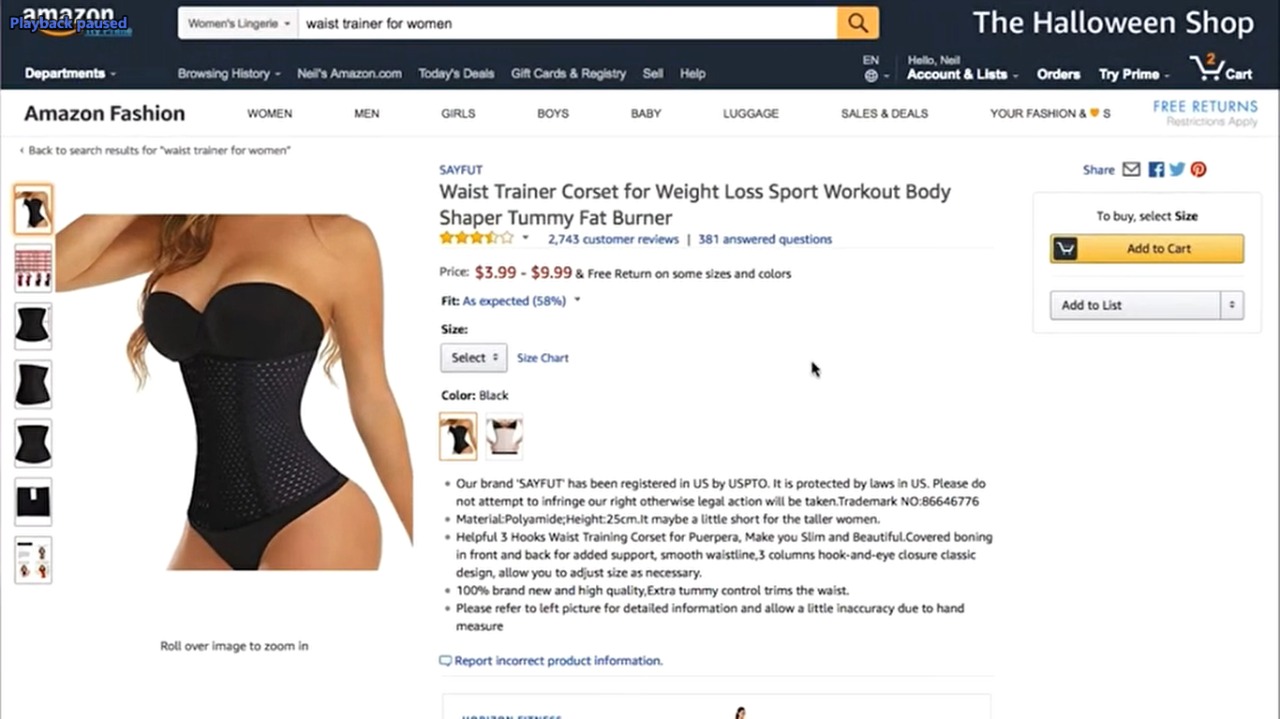 Anyway, so for a long long time, but it was Kim Kardashian modeling this waste corset trainer. Okay, so and that was a perfect example of the product in use and also of the product being used by somebody who that audience the target market the perfect customer admired and of the look Top too. So that’s the second thing product in use number three and number four Images should be 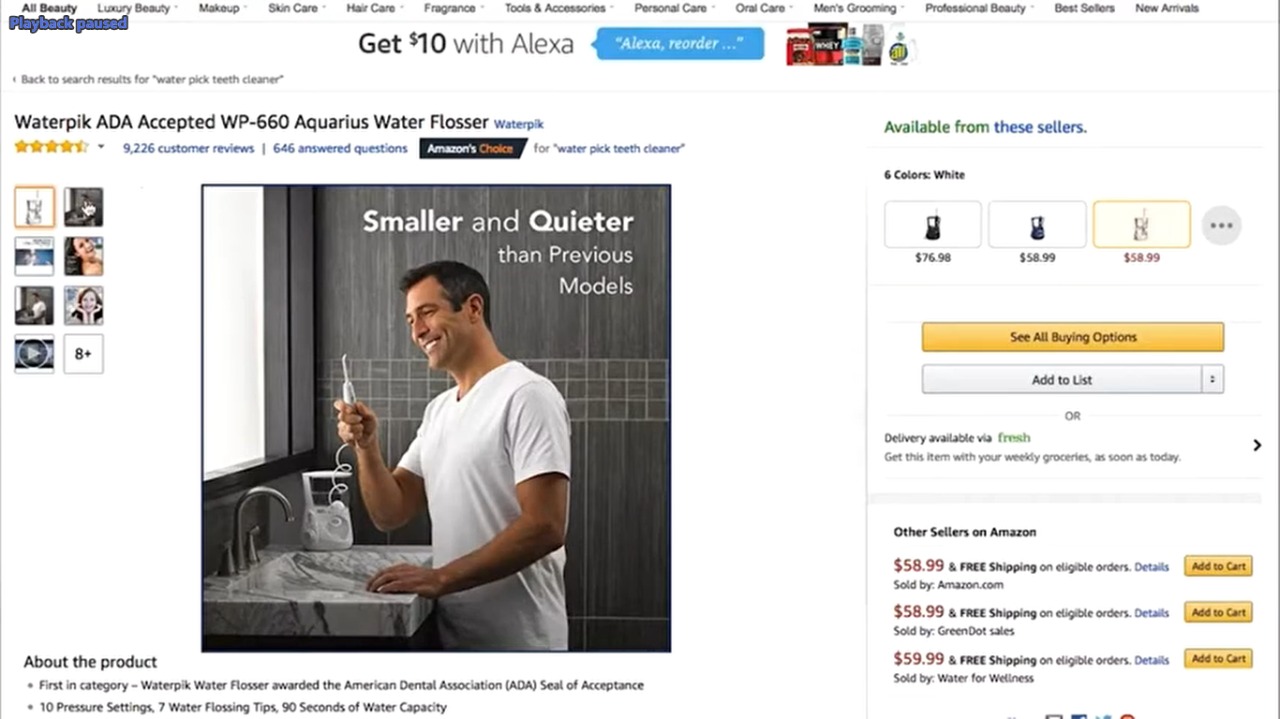 Of the actual selling and 85% of the selling on Amazon is done with images. 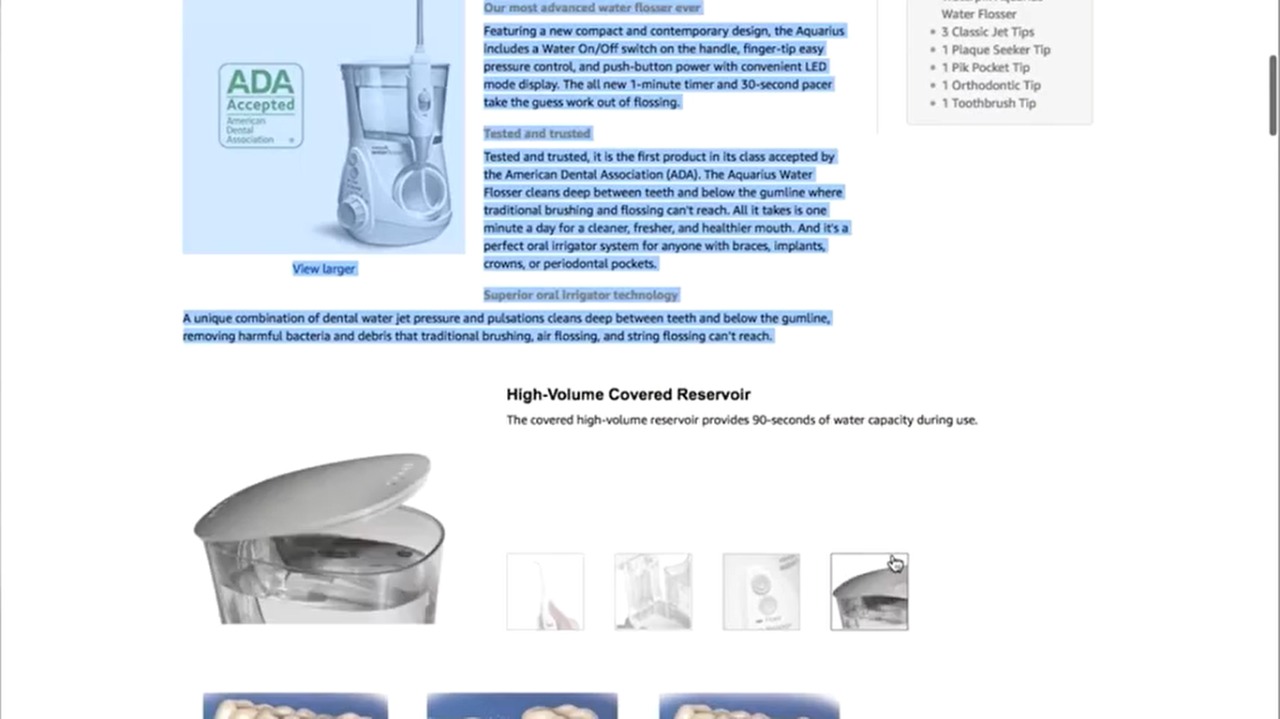 I just hate me about but it’s true and you only have to go to the Amazon app on your mobile phone to understand why that is the case. And if you haven’t done that you really really should do that. Anyway, so image benefits. So here’s image benefit. Number one smaller and quieter than previous models. Actually. That’s a that’s addressing a concern as well, which is very very smart. Healthy gums are bright teeth in just a minute.

So that’s another image benefit. So your number three and four Images should be something like this where you are your image tells a benefit and it should be written as well what that image tells, okay. 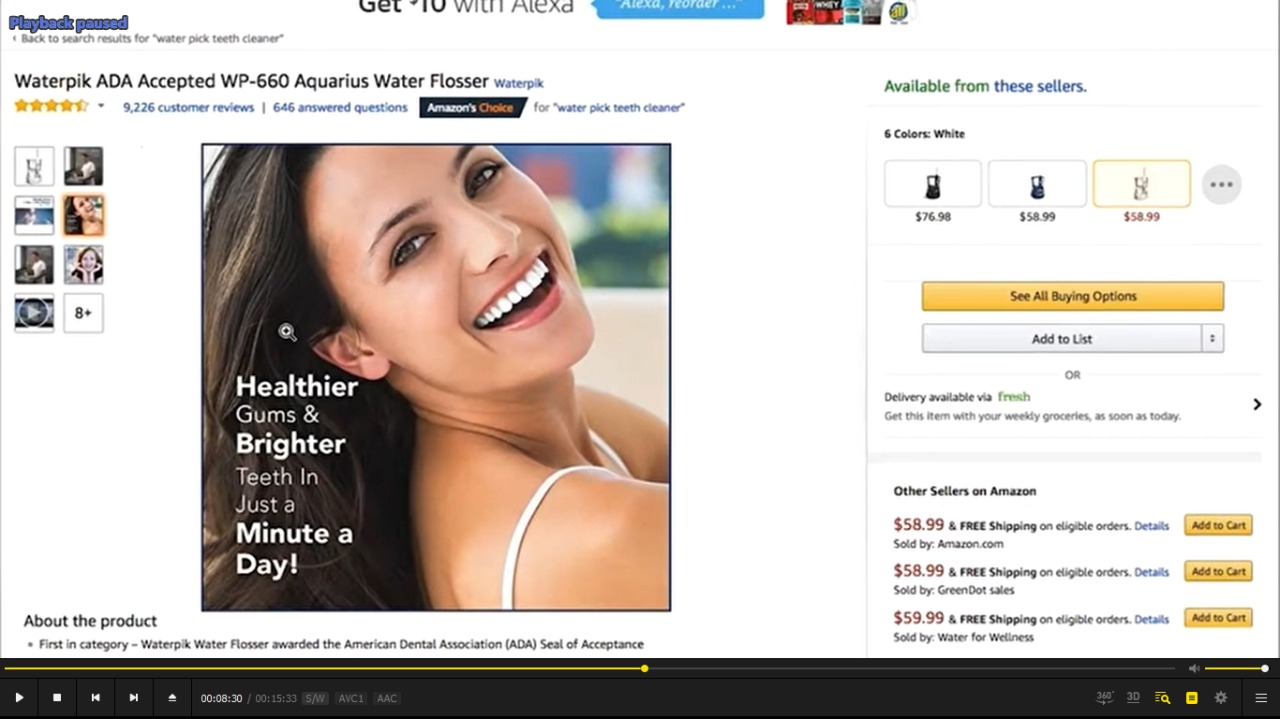 that’s the way to do that. Okay, so your image number five and it’s important that it is image number 5 and images go this one two, three, four five. So this one here is image number 5 and that’s the important spot on the on the page very very important real estate. So you want to use it really well and what you put in image number five is any deals that you have running so if you’ve got Buy one get one free promotion running or buy one get the second one at 50% off or by this and get my other product at a discount. Whatever it might be. You should put that image number 5. It’s a massively lucrative piece of real estate on your Amazon product listing and so use it really really well. It’s the second most looked at image because you go like that you tend to go one level. Left to right left to right? Okay, and because of that image number 5 gets a lot of people looking at it. So if you’ve got a deal in there put the deal in there. That’s where you’ll get a good bang for your buck image number 6, which is this one you should do again an image benefit benefit number three, and if you don’t know what your image what your benefits are. Normally write them here in your benefit bullets. That’s what that’s what they are and instead of having them. 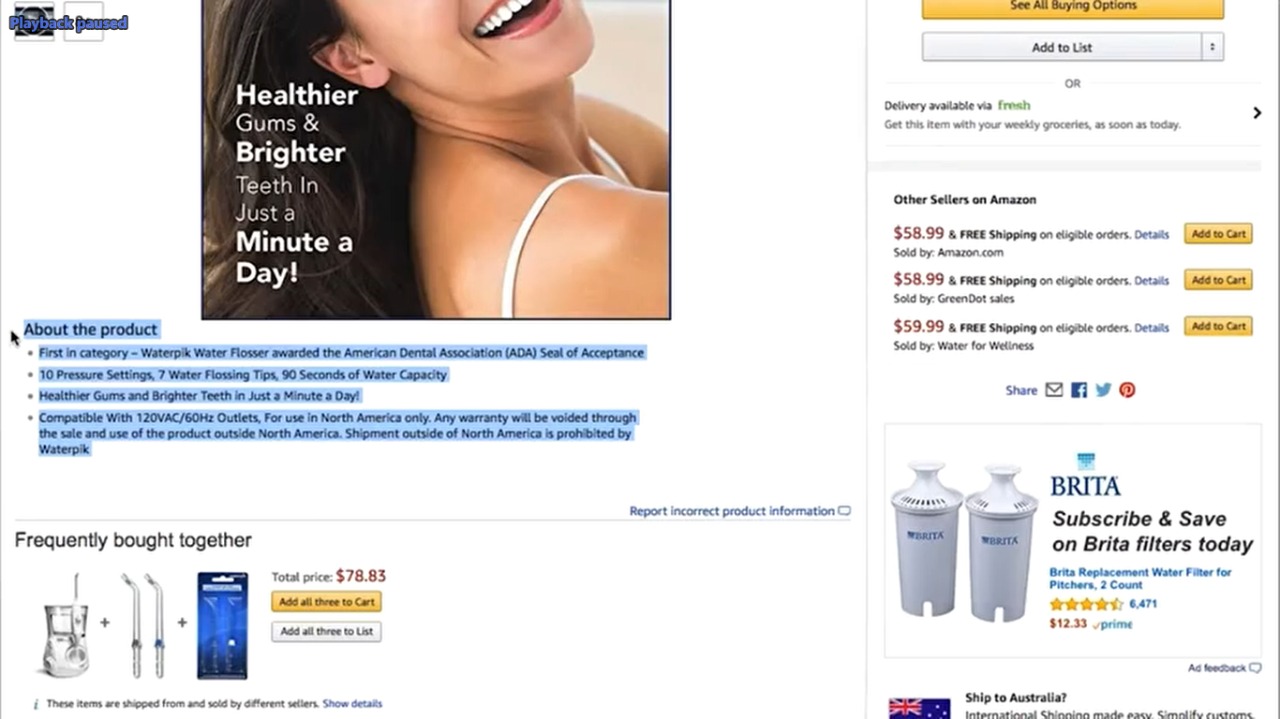 but you also you also put them on your images as well. So here’s a here’s a image benefit improves strength and Recovery perform your work out. So the higher intensity which helps with your further muscular development. So that’s a benefit. What would normally go in this area here and they’re also putting it in their images because now more and more people the Smart Ones anyway are realizing

The points hardly get red. So they’re good for SEO but not a lot else unfortunately. Alright so number seven image you should do a comparison image, but that’s what you should put in there a comparison image like a before and after if you’ve got one so for the life of the person before they got your product and then how things are better after using your product. That’s how that kind of works. And that’s a really good thing to do.