Skip to content
So we want to mask her hair, right? So here’s what we’re going to do. You can use any tool you want you can use the quick select tool. You could even just go over and grab the lasso tool or you can well I’ll show you the second and you want to basically I don’t want to touch the edges right? I just want to get kind of close here and we’ll let Photoshop do all the heavy lifting. I’m just going to kind of get in the ballpark here and hold the shift key and add in this little area, but I don’t want to touch any of those areas. Where you Little bit of background in there. Nope. I just kind of want to get these areas that are very easy to Define 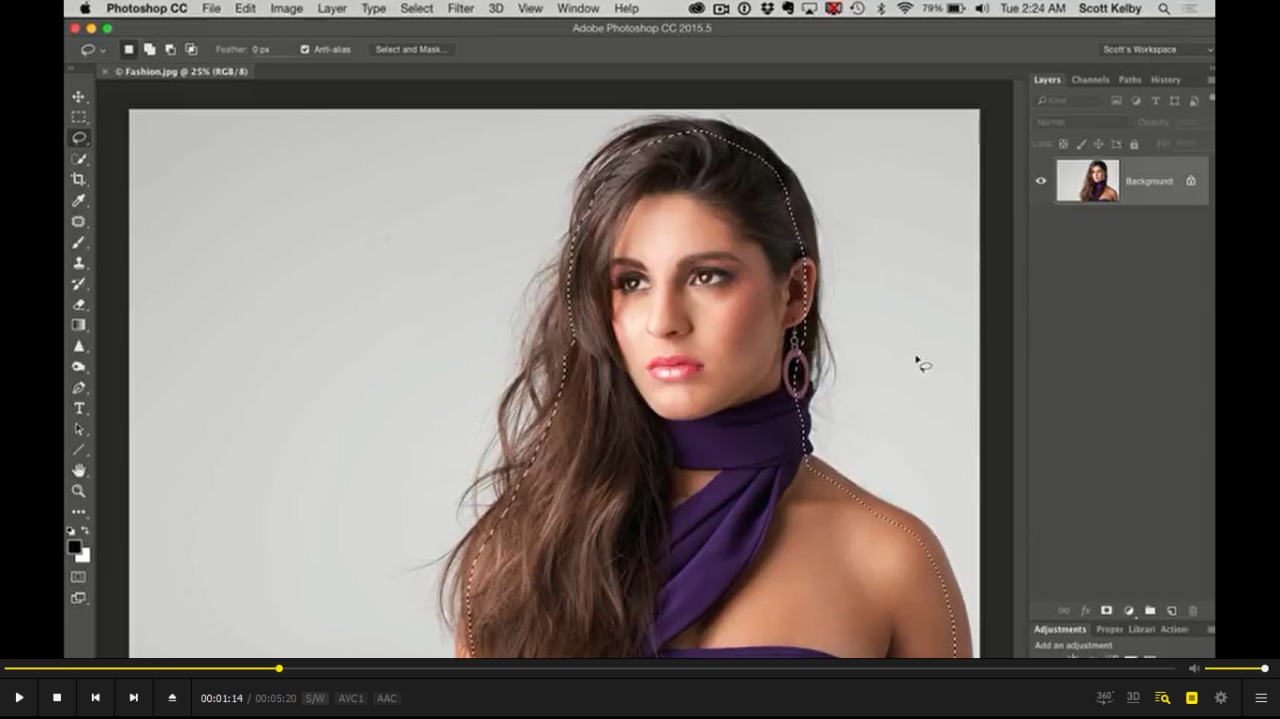 When you’re ready to go into this new like workspace or task area. I don’t know what the exact word for it is but it’s awesome. You’re going to click this button right up here at the top select and mask. 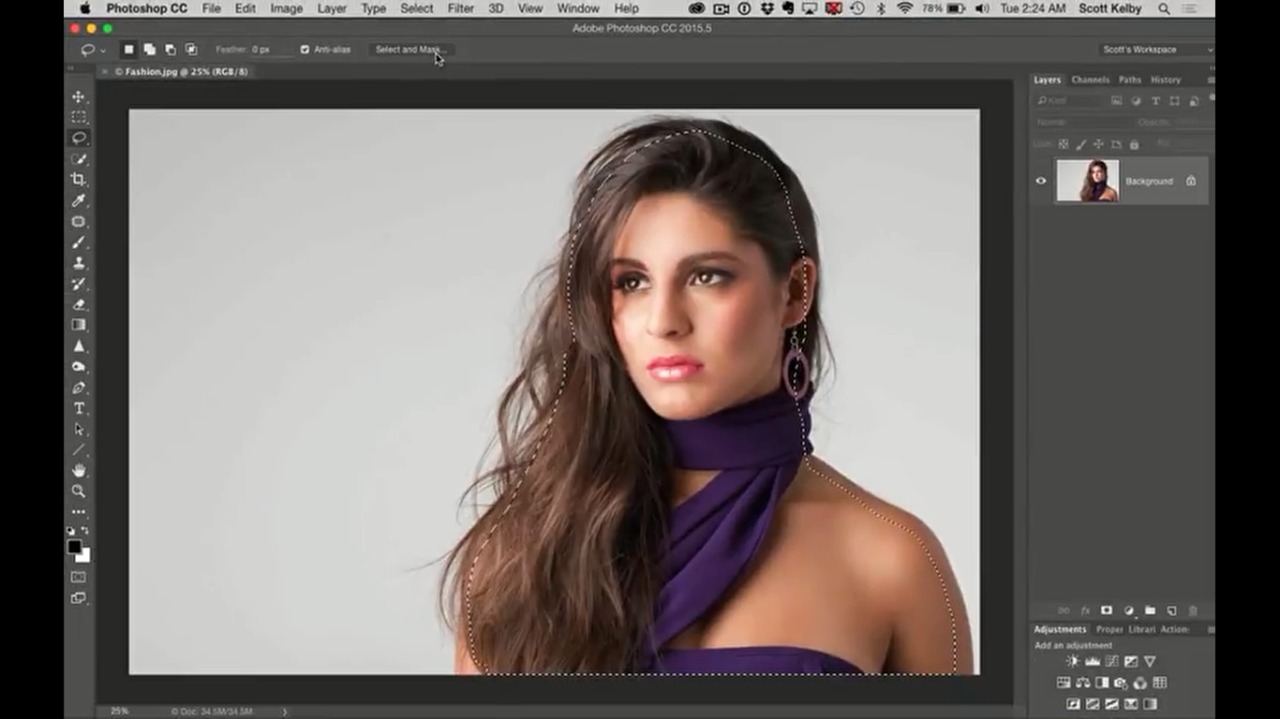 So this replaces refine Edge just replaces it map. It still does all the stuff and then refine Edge do don’t worry, but it’s much faster than refine Edge because it’s GPU accelerated and you get better results. Just all the way around. So here’s what we’re going to do. We’re going to start off by looking at our image. You can see I made a very bad selection. 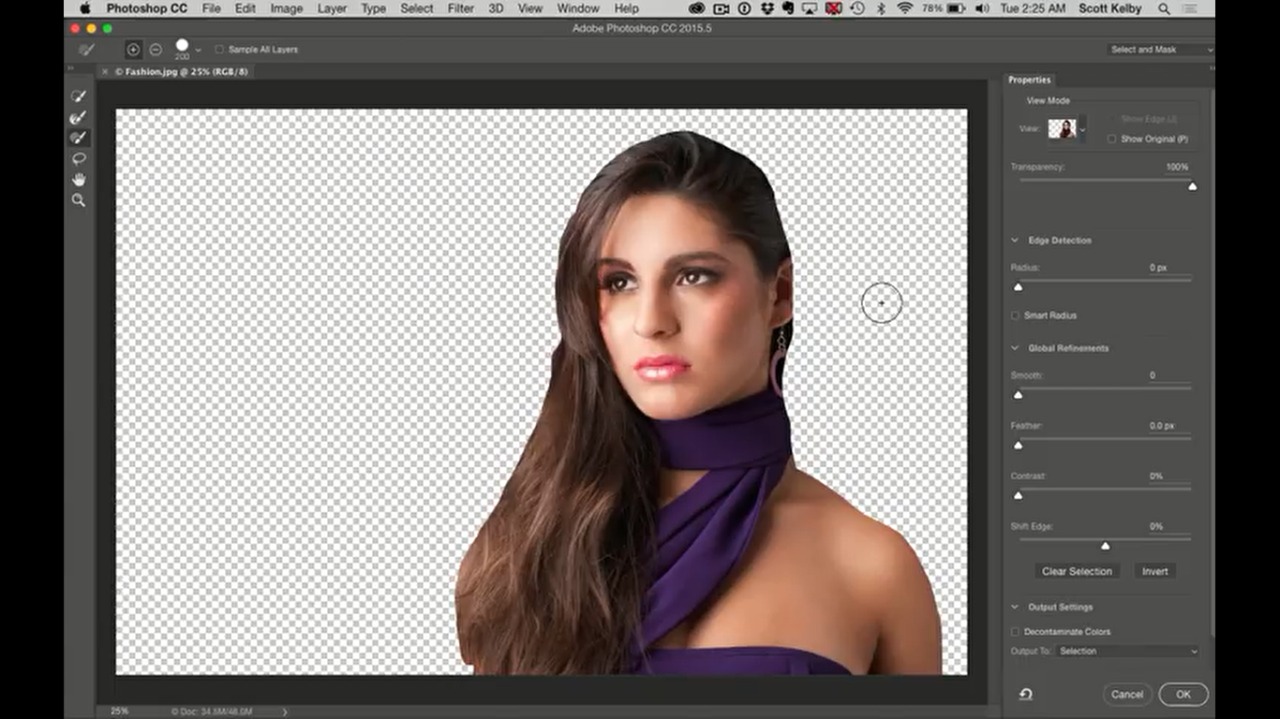 Now your view modes are all here like before but there’s this new one called onion skin and it is awesome. You have a transparency slider so you can kind of lower it to see. Oh, well, there’s the here I need to add in. So that’s it’s important to be able to do that. Right? So that’s what it looks like. If I were to hit OK, you don’t want to end up gay yet. You want to work on this little bit. We’re going to go grab our tool here the second tool over here refine Edge remove these size brush, and I’m just going to paint. Were the edges over here and it’s going to look at that area and look at that look how it sees the edge the fine pitch detail and just the math going on there. It’s just got to be crazy. 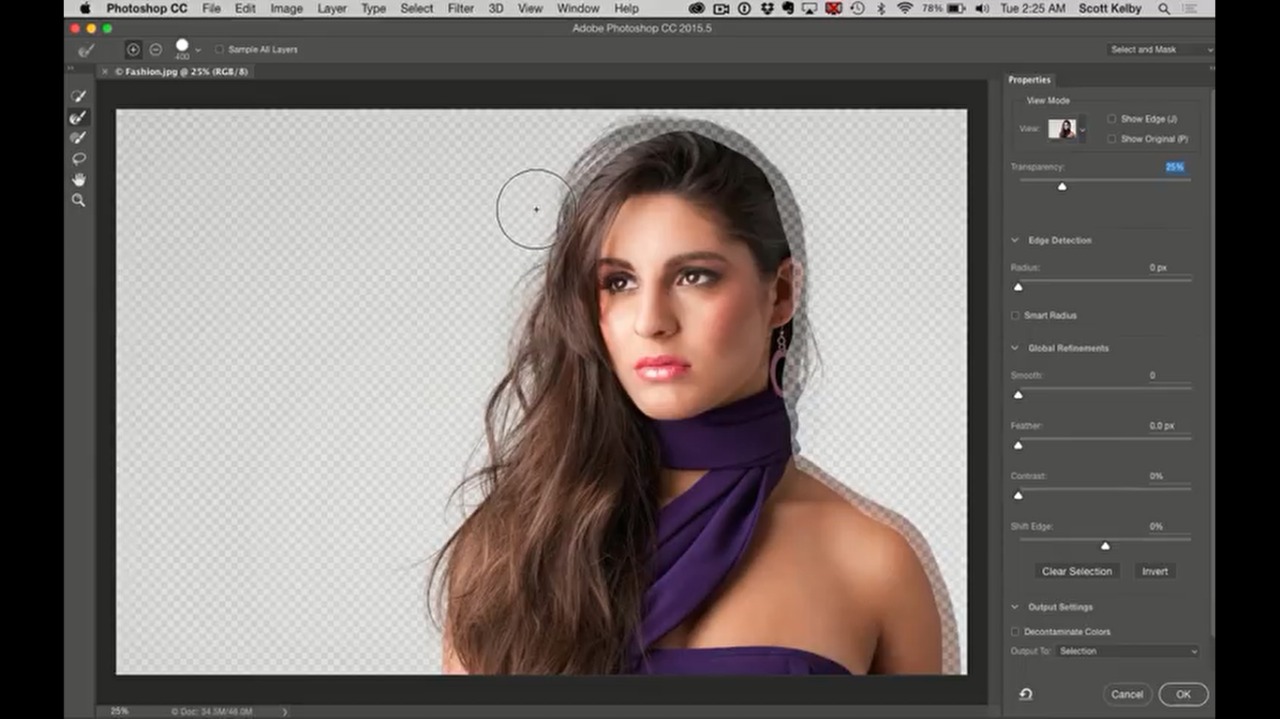 So I’m just going to move my Ray around the image and I’m probably going slower than to go. But my way around and you can see it thinking and working at is this just insane. I mean, this is just they did such a great job of this and we’ll go right down here to the end now so and it have really pretty good job. Just boom right off the bat. This looks so good. Of course, you still have the smart radius and stuff that is here. I mean you have a lot of the same. I mean, it’s all the same stuff. It’s it’s just all the same stuff and more here at the global refinements which by the way, I never touched the head shift, you can decontaminate colors and at the and you can say where you want it to go.

Let’s create a new layer. But if you want to see right now what it looks like if you raise the transparency all the way up you’re going to see well that’s what your mask looks like when you’re done. So it gives you a great like kind of preview there. So that’s why you would raise the transparency up to a hundred percent. All right. So let’s go ahead and just do that. Let me just go and click new layer and OK and look at the mask. 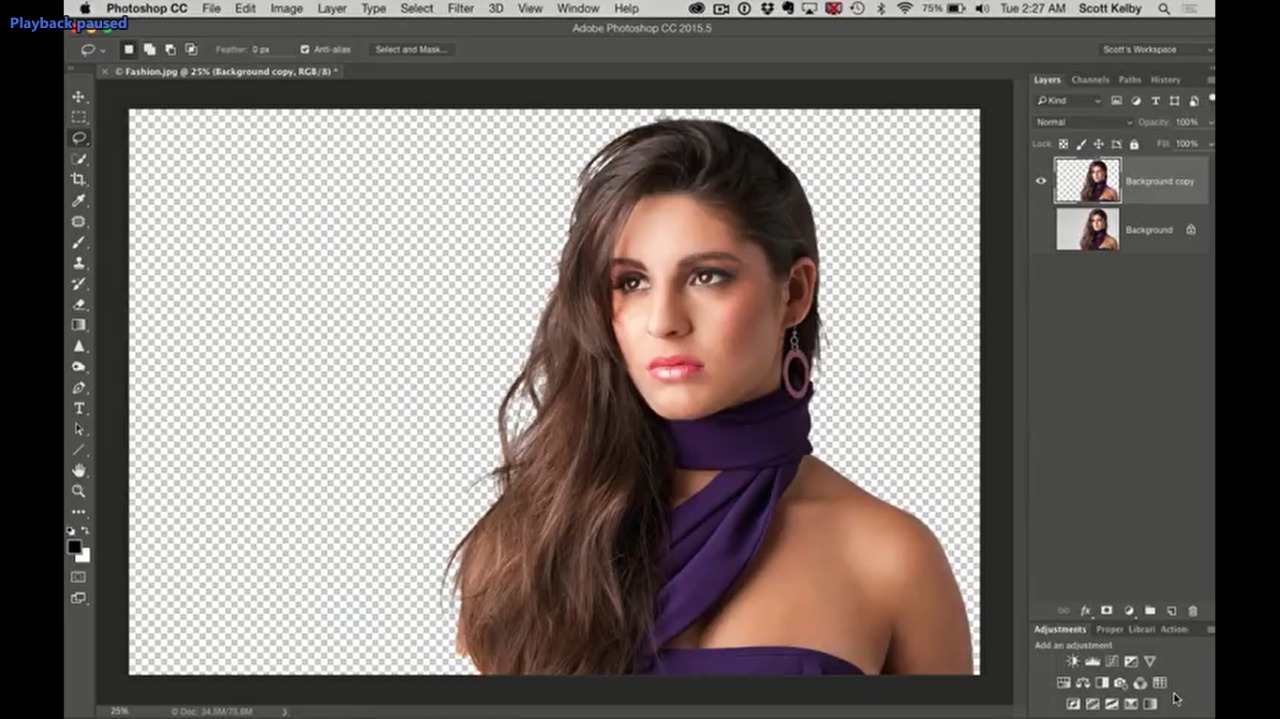 It created. So anyway, it’s I’m just really impressed with it. I am not impressed that it I missed this little area down here. Don’t look down there. I miss that area there, but you know what school and we get a little trick. This is a trick for my class. So I do did a class on masking and compositing which includes this brand-new tooth tool will be a releasing it either Thursday or next week. One of the other depends on how we do in post-production, but look the history. Fresh ready? I didn’t think you were to learn anything here except for new feature. 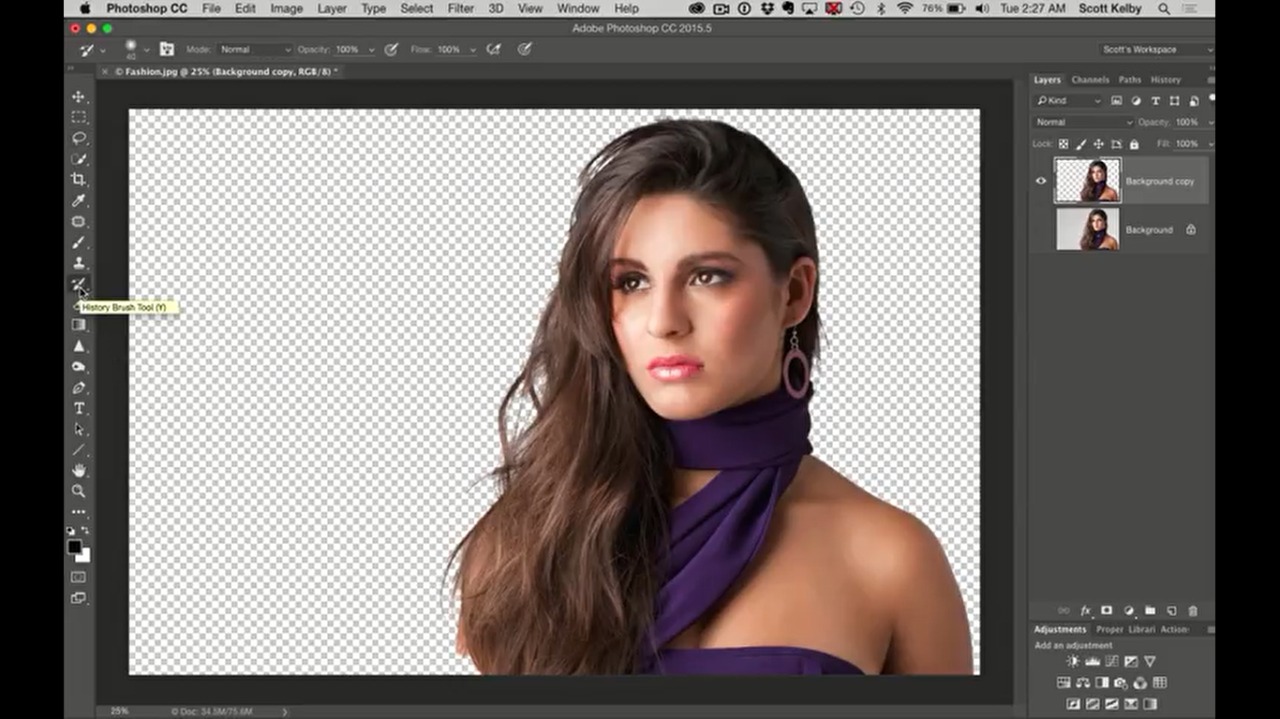 Try the History brush is ready undo on a brush so I can go right here and say wow. I miss that area and boom it’s back. It’s just one of the many Myriad tips.